On Tuesday 3 May 2016, secondary school students from  Warrnambool were kayaking at Anglesea beach.

Visibility was clear and the temperature was mild, however wind was blowing offshore at an average speed of 30 knots, gusting to more than 50 knots.

At about 9am, seven double kayaks were put in the water in the sheltered part of Anglesea beach near Angelsea Surf Life Saving Club. The intention was to paddle out beyond the surf break, turn and ride a wave back in.

During the activity, one kayak carrying two students drifted outside the sheltered part of the beach and eventually capsized just beyond the surf break. The pair had difficulty getting back into the kayak and then found it impossible to paddle against the wind back into shore.

Teachers monitoring the activity on shore saw the drifting kayak and signalled for everyone to head to shore.

A second kayak capsized close to the surf break. These kayakers remained close to shore.

Two teachers in a third kayak and two students in a forth kayak paddled out to try to assist the drifting kayak. They were unsuccessful as no kayakers were able to paddle back against the 30 knot plus wind. At this point, eight people were on the water and all were in difficulty.

Two kayaks – the one that had begun drifting initially, as well as the one carrying the teachers -  capsized adjacent to Foxies Reef and all four occupants swam to the reef.

The fourth kayak, with two students who had paddled out to try and assist, ended up drifting up to a nautical mile beyond Foxies Reef.

Fortunately, off-duty members of the Angelsea Surf Life Saving Club were on the beach and they responded by accessing SLSC equipment and raising the alarm.

Eventually two inflatable rescue boats (IRBs) were launched to assist the kayakers. One of the kayakers out of the pair who had capsized but not drifted away was assisted to shore by a teacher on a surfboard, the other was retrieved by one of the IRBs. The four kayakers at Foxies Reef and the two who had drifted further out to sea were returned safely to shore by lifesavers in one of the IRBs, cold but fortunately uninjured. 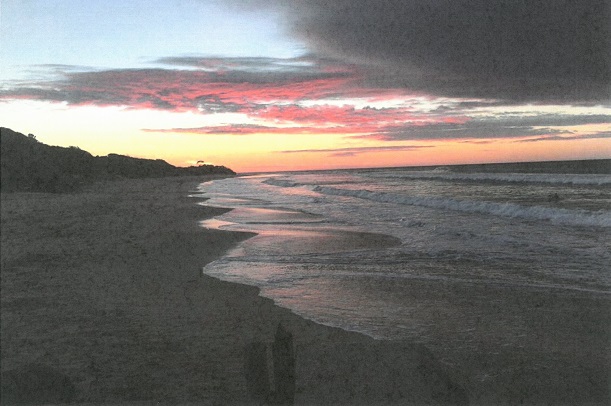 Looks can be deceiving

Heads up for  - All Paddlers

Heads up for -  Group Leaders

- those supervising the activity have suitable qualifications or experience the capabilities of each group member are known and not exceeded - plan for the weakest member
- the group is trained and skilled in group rescue techniques establish an effective communication method within your group and there is adequate on-water supervision
- the group stays together and the activity remains within any boundaries established for the activity
- contingency plans to recover paddlers in difficulty are adequate, achievable and suitable for the conditions and that you have a means of escalating the plan to get external help
- your group carries communications equipment capable of contacting emergency services from the location of the activity (consider phone in waterproof pouch, VHF radio, EPIRB or personal locator beacon).